IAESTE CECzechia 2022 will take place in a beautiful historical monument, the Nečtiny Castle, which is located not far from the city Pilsen. Fun fact: the area of Nečtiny is known to have very low amounts of light smog, making it one of the darkest places with best night sky visibility in Europe!

At the beginning of the 14th century, the area became royal property and in the 1430s, John of Luxembourg had built Preitenštejn Castle here as a royal stronghold. It was then in the direct possession of Charles IV, his son Wenceslas IV and other rulers. 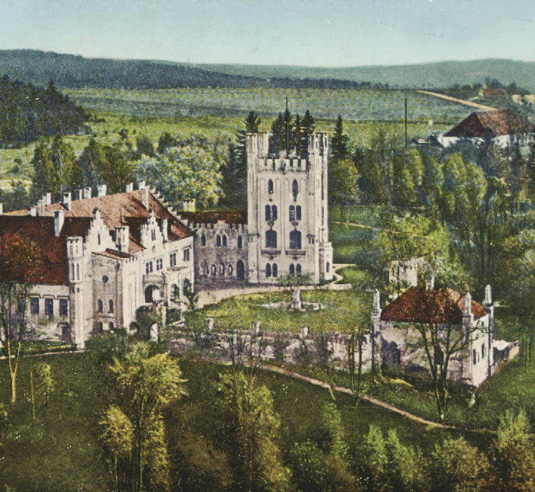 In 1549 Nečtiny belonged to Florian Gryspek of Gryspach and he probably started the construction of a Renaissance castle under the ruined Preitenštejn. Below the castle, a mill and a brewery were established on a newly founded pond.

The castle underwent its greatest reconstruction between 1855 and 1858, when a French-German family had it rebuilt in the Tudor Gothic style. Since then, the castle has been dominated by
a square tower and decorated with triangular gables, battlements and polygonal turrets.

The devastating fire of 1964 was an unmitigated disaster, turning the castle into ruins and completely destroying the magnificent carvings in the interiors. Only the square tower and the chapel were spared.

After the fire, the castle was restored to its original beauty, at least in its external appearance. 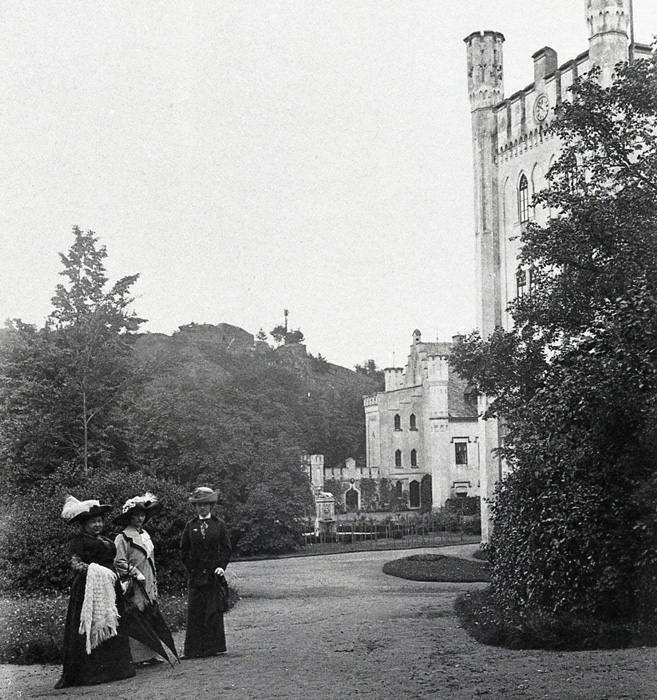 It is 2022, and yes, we should reconsider the way we travel to conferences! By now, we are all well aware of how flights greatly contribute to our carbon footprint. One of the ways we can lower our impact on the environment is by flying less. You might start feeling guilty, being angry or scared by this introduction. Therefore, we offer you some inspiration on how to avoid this sudden existential crisis and simply tackle this ethical question with a step by step approach!

Let’s skip the discussion about the sense and nonsense of taking a flight or not. Instead, what about using common sense to determine whether to take a flight or not?

The sad truth is that the perfect train-ticket-search-engine is not invented yet. Therefore, we introduce you to a man who is going to save your life: Mark Smith, the man in seat 61, the hero who is smarter than any search engine and who will guide you through the dark labyrinth of vague ticket sales, all the way towards the holy grail of responsible travelers: cheap, easy and comfortable train trips! Give it a try and check out his blog: www.seat61.com! Trains trips to Prague can cost as much as 14 euros from Vienna, 15 euros from Munich, 17 euros from Bratislava, 21 euros from Brussels, 21 euros from Budapest, 43 euros from Zagreb, 43 euros from Ljubljana, 50 euros from Amsterdam,… When booking your tickets, consider a ticket straight to Pilsen and not to Prague – Pilsen is much closer to the venue.

To reduce your impact optimally, try to travel together. Fill (a) car(s) with your LC members and go on a road trip to CEC! Not only is it a great teambuilding activity, but it is also an excellent recipe for spontaneous adventures, tested and approved of by many travelers throughout the times

BUSES TO PRAGUE OR PILSEN 101

Buses are a great alternative, especially if you are on a budget. Two operators we have tested and approved of are Flixbus and Regiojet. Both offer cheap rides from many locations, as well as the option to save time and take night buses.

Reduced fares with Flixbus vouchers and ask other members to obtain a promo code!

Pro tip: on some routes Flixbus and Regiojet have comparable offers, however, Regiojet might go a lot faster as there are sometimes fewer stops in between. The services are very comparable, except for the larger comfortable busses if you travel with Flixbus, versus the English speaking steward(ess), entertainment system, and free hot drinks if you travel with Regiojet.

We do realize that there are many reasons why, after all the above-mentioned alternatives, a plane is sometimes just the most convenient means of transport. We shouldn’t be ashamed of that, as it is completely understandable. Yes, we have to admit that not all alternatives are as easy or optimal as hopping on a plane.

Even when taking a flight, you can do good, by compensating your emissions with carbon offsets. Some flight operators offer the option to pay for your emissions during the ticket selling procedure. If not, you can still compensate through the following funds:

After all, if you have followed these responsible travel tips, you cannot blame yourself for choosing the airways in the end. At least you thought about it and considered alternatives!

REACHING THE VENUE FROM PILSEN CENTRAL BUS STATION (CAN Plzeň)

Reaching Nečtiny from CAN Plzeň is easier, as there is a an immediate connection to Nečtiny. If you miss that one, no problem! There is always the option to take a different bus and switch in the middle of the way, or wait for the next bus straight to Nečtiny.

REACHING THE VENUE FROM THE AIRPORT

After you land in Prague, the closest airport, you need to get a bus number 100 with direction Zličín in front of the terminal. There you will need to change to bus to Pilsen. We recommend you use Regiojet or Flixbus to reach CAN Plzeň. You can buy bus tickets on their website. For the way from CAN Plzeň to Nečtiny, do check out the previous paragraph.

All public transport vehicles in Pilsen support buying tickets with your credit cards directly in vehicles. You can buy 30, 60 or 180 minute tickets.

We recommend downloading app Lítačka, which allows you to buy a ticket directly with your phone and pay with Apple Pay or Google Pay. There is also a possibility to buy bus tickets in machines at the bus station.